Latest Release: Daughter of the Ancients

Excerpt from “Daughter of the Ancients”

A crack of an engine backfiring announced the arrival of her dad. She smoothed the pleats of her simple, white silk dress as she heard the door open and her father yell, “Hello, Daughter. Your loving papa is here.”

His announcement made Katina smile. That brilliant, demanding man was notoriously silly.

Katina’s father called out, “I brought your present. I thought you’d meet me at the door with your hands ready.”

“It’s about time!” Katina’s spirit lifted as she entered the foyer. Her smile turned to laughter. There he stood, sun beams outlining his body in the arched doorway. He wore a purple and gold turban tipped at a jaunty angle. His short body was enveloped in a gold brocade robe, tied at the waist with a drooping purple sash. He completed his outfit with pointy-toed slippers with little tassels on the tips. He looked around as if he owned all that surrounded him: the inlaid marble floors and the classic landscapes hanging on her walls.

Katina asked, “What have you gotten into now?”

He responded with wily laughter. He threw his shoulders back, balled his hands on his hips, and announced in his heavy Greek accent, “I am a Sultan! Where is my harem? I can afford forty wives and I’m feeling randy!”

Her father was really enjoying the show. He could wind it up and spin it out for a long time- the man had an amazing imagination. Katina decided she’d better play along, or he’d never get down to business. She said, “They ran away. I was outnumbered. Couldn’t hold ‘em back.”

“You are a funny one,” he said as the amusement left his handsome face, then he gave her his usual up-and-down perusal.

Katina’s stomach clenched and she looked away. Somewhere, deep in her psyche, she knew the examinations were more of a habit brought forward from her youth, as were her feelings of dread and avoidance. When would this routine end? She wondered if she’d ever just tell her father to knock it off.

Her father, unaware of her turmoil, bent down to pet Pippen, the littlest and most persistent of her two Pomeranians. “You are as silly as I am, little doggie. I will bring you back a tiny turban another time. Okay?”

“Speaking of which, where’d you get that?” She indicated his outlandish outfit with a wiggle of her index finger. “It’s awesome. I want one.”

“A yard sale at the Pearson’s.” In a conspiratorial tone, he went on, “His wife always gets rid of his good stuff when he travels. As I was paying, a man tried to take my case.” He nodded his head toward his old, leather briefcase by the door. “He apologized. Said he thought it was his. You cannot trust anyone anymore, Daughter.”

“Not one of my strong suits anyway, Dad. So?” Katina patted his robe where pockets might have been. “Where’s my present? You promised it would change my life.”

“You are such a child sometimes, but I understand your excitement. It is not misplaced.” He pulled a plastic bag out of his case. It contained a paper-wrapped package. He laid it on Katina’s outstretched hands. “This contains plenty of information worthy of publishing. You will make associate professor soon. I promise!”

She felt the diary within the bag was too light. Heavier is better. Odds of something good go up if there are more pages. More content. Her disappointment eased as she remembered that a single sentence in an innocuous document had changed the lives of many historians. The thrill of discovery was what she craved. That and what it would bring. 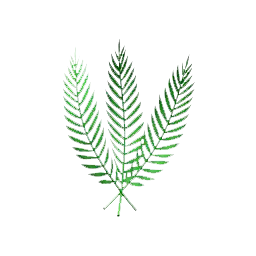 DAUGHTER OF THE ANCIENTS

Scottish noblemen, with ties to the Knights Templar, failed to find a trove of priceless icons hidden by the Knights of Rhodes.

Centuries later, Katina Papamissios Bason makes discoveries of her own. With a light-hearted excitement, she discovers riddles left by the Scotsmen and a heart-breaking diary written during the blockade by Suleiman the Magnificent.

These would give anyone what they needed to succeed. Almost. Katina’s Greek ancestry, skills with antiquated languages, and intricate puzzles, give her a unique ability to follow the cryptic journeys through Scottish castles and the Palace of the Grand Masters.

“She is warned to go home. Thieves would stop at nothing to find the treasure’s location first. Torn between imminent harm or the returning the treasure to her people, Katina must find the strength she’d never believed she’d possess to save her loved ones and help the people of Rhodes.”

"The fresh, new voice of Donna Van Braswell resonates in the same hallowed chambers as Umberto Eco. A spellbinding tale that takes the reader through space, time, and the mysteries of the heart. The Orthodox content is spot on. I look forward to seeing the movie one day." - Father Kevin Millsaps